The media takes this crap too seriously 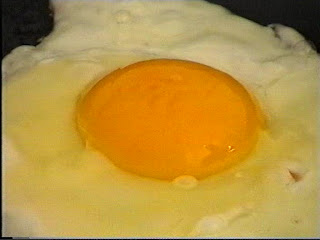 To Germany this morning, where it's being reported that some footballer with an unfathomable surname fell victim to internet vandals earlier this year. On the 11th February, it was announced on his club's official website that Schalke striker Kevin Kuranyi had been made redundant due to certain disagreements between him and the club.

However, it was in fact a load of old codsbollocks, and some hacker had managed to break into the official website and put the article there out of mischief. The story was taken down soon after, but not before the media had got hold of the so-called 'revelation', resulting in red faces all round (they stayed in the sauna too long).

You may ask what on earth this has to do with Illogicopedia, and that's a very good question. The answer to that is nothing much. What is interesting is the fact that ESPN decided to embellish their article on the above incident with a selection of football-related Wikipedia vandalisms, described in boring and meticulous detail.

What's more, the article attempts to explain some of the inner workings of the free encyclopedia. When will they learn? Wikipedia has no formal rules and procedures so cannot be regulated in the way a prisoner or performing bear can. The fools!

Illogiblog hereby announces that whoever can persuade Wikipedia that the moon is actually cheddar cheese will be made King of all Wikipedia.

Additionally, forget the image in the top corner of this post. It has almost nothing to do with this article, but then that's probably what you'd come to expect from this blog by now.
Posted by Harry Yack at 11:46

Email ThisBlogThis!Share to TwitterShare to FacebookShare to Pinterest
Labels: Hindleyite, I am the Eggman, wikipedia