I think we missed this one first time round, so here it is for you all to marvel at: Huge Bob's Grey Dayz number 6. Click a pic to see it full size.

While we're at it, let's bring you up to date with the series.

Aaand here's a bonus for you all...

More of Grey Dayz at the cartoon page.
Posted by Harry Yack at 12:31 No comments:

Uncyclopedia vs Illogicopedia: Battle of the Ages

Ever since man first picked up a keyboard and mashed randomly at its keys in a drunken fashion, he has craved an outlet for such endeavours. An outlet which accepts his vision of 'art', or, more often, stuff made up in the space of less than five minutes. His thirst would be quenched in the latter part of the Noughties during the so-called 'Golden Age' of the humour wiki.

First, there was the Uncyclopedia, the content free encyclopedia anyone can edit. Man latched on to this new invention, proclaiming its inclusionist culture a gift from the gods; no longer would he have to rely on a crummy Blogspot blog with one design template for his pointless thoughtdumps.

Some years later, Uncyclopedia brought forth much waste, out of which was born the Illogicopedia. The two wikis were polar opposites, members and supporters of the latter generally eschewing the deletionist ideas upon which the Uncyclopedia had now built its condominium (heh, condominium) of Internet society.

For three years, never the twain should meet. 2010 saw things change, however, in a dramatic overhaul of Illogicopedian sensibilities. Well not really, but it became obvious ?pedia had changed much since its 2006 inception, now resembling its uncle in not only appearance but content as well. Uncyclopedians could now make the 'leap' to Illogico with relative ease, assimilating with its culture and mating with its females with much promiscuousness.

Illogia welcomed the Uncyclopedians with open arms, awarding them Nutri Grains and bits of left over pizza from the back of the fridge. All was well, for now.

Then, in 2012, the Illuminati collaborated with beings from the planet Rodallega 5 to stage a fake invasion of the world, causing mass hysteria and much unrest among the general populace.

Silent Penguin was shot in the face and could not be revived through regular means of resuscitation and human CPR techniques. Carlb was mortally wounded and both the Illogicopedia and Uncyclopedia servers irreparably damaged in a series of devastating attacks led by Roberto and Francis Winkler. When questioned, they simply replied "we did it for the lulz."

It was the EDians. They had killed the humour wiki, using Winkler and Bob as pawns in their morbid game of chess with users the horrified victims. Illogicopedia and Uncyclopedia were dead.
Posted by Harry Yack at 11:27 2 comments:

Thoughts of the 168 Hours: Back for its fourth year 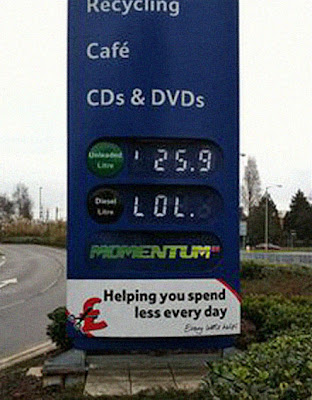 You may ask why the Thoughts of the Week section still exists, and it's a question I wouldn't be able to answer. It's like the changing of the seasons and the tides of the sea; why do only fools and horses work?

"I couldn’t have asked for an even better blog. You’re available to present excellent assistance, going straight away to the point for straightforward understanding of your visitors. You’re truly a terrific expert in this subject. Thanks a lot for currently being there human beings like me."

It's comments like this that almost make it all worth it. Forget the fact they are generic, bot-constructed translation abominations --except in this case, grammar and spelling is of a high standard, relatively speaking of course-- they are still valid comments. Besides, we've gotta grab praise where we can as it's hard to come by in this day and age.

Despite the absence of the 'old guard' (read: dinodudes), Illogicopedia continues to tick over thanks to the excellent efforts of Athyria and some dedicated new blood. The Bertster managed to grab himself an accolade in a close race to the February Illogicopedian of the Month, ensuring Nerd will have to wait another 30 days (or a bit less now, whatever) to try again. Hey, it's been more than four years, I'm sure he's patient enough to wait another month.

Elsewhere, Illogico's been boringly reliable of late, with no server outages etc. to moan about. Suppose we should be thankful for that, but without drama we are but automatons. Not really, but it would be cool if something big happened, like Illogicopedia appearing on national television. We should all write to the major news channels and ask for an interview.

Anyway, here's the thought for the week: what happened to Captain Birdseye? Is he really dead? I hope not, I couldn't live without my beloved fish cakes.
Posted by Harry Yack at 18:00 No comments: 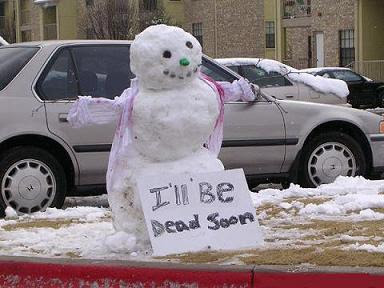 Well, I would use this space to mourn the passing of Wikia, which is now all but dead thanks to the mass exodus as a result of Oasisgate --I wonder what Jimmy Wales has to say about all this?-- but I know you're all sick of that so I'll try and discuss other, more weighty issues instead. Like, which is better, Monster Munch or Space Raiders? Darkgenome reckons the former even though the latter is cheaper. Personally, I prefer tomato flavour Thingies, which seem to have disappeared off the face of the Earth. Must... check... eBay...

All of which grasping for a topic proves I'm dry of Illogicopedia-related issues right now, thanks to real life issues too mundane to recount here. Besides, you want to hear about silly stuff like consumable chewing gum and self-dusting dusters, don't you? Thought so.

It's been more than a month since our last update --there were no posts in February, oh noes!-- so I decided it was time to stick my nose in here and inform you that nothing much is happening. If you are bothered about such things, I believe the Illogiblog will be celebrating its fourth birthday at the beginning of next month. I would have arranged a surprise party but, thanks to the terms of my probation order, some blokes are stood on my front doorstep, preventing me from setting foot outside so buying candles for a cake is out of the question. They're also monitoring my Internet access so I shall keep this as brief as possible.

Until next time, enjoy this item which I grant to you, free of charge save for a one-off fee of your sanity. 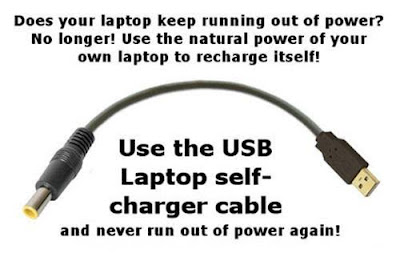 Email ThisBlogThis!Share to TwitterShare to FacebookShare to Pinterest
Labels: Hindleyite, Mad as a small beetle, Where is your dog now
Newer Posts Older Posts Home
Subscribe to: Posts (Atom)