People must want to KILL me sometimes.

Well, the title says it all.

Anyone that knows me in real life will agree, I bring a new meaning to "random". And "uber annoying".

This seems to be because of my obsession with all things extremely random. Every day, I have something new and completely logical to say. Not.

Every morning I emerge from my bedroom, looking really messed up (hey, I get tired like normal people you know) with something random to say. Sometimes it's something I made up, sometimes it's repeating something retarded I heard on Illogicopedia, sometimes it's strange news I saw on the BBC Worldwide news site at 4am that morning before I went to sleep.

Whatever way, I always have something stupid to say. Most of the time, it's a single word, such as bagel, bleh, heelloooo, neeeeeh or whatever. Random sentences, such as The bagel man is out to get you, are common too.

But it doesn't end with words. Sometimes I'll randomly come out from my room, doing something dumb, like the omelette man dance, walking into the wall and asking it to make me a sandwich, going up to one of our many pets and making weird faces in it's face, or replying to all questions with a stupid ?pedian word, such as flub nugget, eeble sonk, or anything like that.

To make a long story short, you don't want to know me in real life unless you are prepared to deal with the most idiotic, moronic, dumb, stupid and annoying person you'll ever hear, do NOT, by any means, attempt to approach me in any way, shape or form. The individuals (aka extremely tolerant friends) that do approach me are specially trained individuals who are taught to handle this kind of mentally unstable person.


Did I mention my voice is really annoying, whether I'm being random or not?
Posted by Ryan Taylor at 07:48 3 comments:

It would seem I'm now an editor of this blog. Woooooo...

So, I will probably post random stuff at random times. Yeah.

If you have any complaints, please feel free to shove them up your eyeball.
Posted by Ryan Taylor at 13:44 2 comments:

Email ThisBlogThis!Share to TwitterShare to FacebookShare to Pinterest
Labels: bagel man, RANDOMNESS, the awesomest dude ever

Hi, this is RFK. Well, me and Hindley have decided to make a favicon for this blog. I have made a design for it, and Hindleyite will put the code in the html. Here is the original size for the design and then the favicon size:

This is a rough draft, sorta. If it is accepted I will just leave it though.

Here is the new design:

2008: A Retrospective - Illogicopedian of the Month

In 2007, Illogicopedia administrator Testicles took it upon himself to bring some sort of quality and direction to the wiki. He continued this into the early part of 2008 with some suggestions to improve Illogicopedia in general. Not much of his suggestions would affect the wiki in a large way, but comments about Illogicopedia's user prize, Writer of the Month, would lead to a changing of the guard in the way the award was structured.

In a move to give greater prominence to the prize, it was rebranded Illogicopedian of the Month and users could now win the award more than once; HelloolleH would be the first person to do this in March 2008. Whilst some past winners have since been nominated, notably Testostereich in Yoon, for the monthly prize, no other user has yet to achieve this feat.

Serpeniver's contest was one of the closest for a while, with Some WHAT? triumphing by one measly vote. Rumblings over the voting system emerged as the "multiple votes for admins/Phantoms" rule was reinserted as a reminder for the Octodest competition with voters actively making use of this. However this seemed to highlight an archaic rule that needed to be changed, and subsequently it was - all users, regardless of rank, now had exactly one vote each.

A renewed vigour seemed to refresh IOTM voting until the year's end, with a string of competitive contests seeing a return for the good old fashioned Illogicopedian of the Month slug out, petering out in a tame December. What do you expect, though? It's Chrimbo.

Retro Yakking
Editor's note: Yes, this is one of my sites. So what? I thought it was about time I rolled out the old backup plan when featured websites were thin on the ground. Nonetheless...

Complaining is a secret pleasure of many people. Let's face it - we all love the odd grumble once every so often because it is cathartic to some degree. Never mind that now, though, because there are pies to be had!

Retro Yakking is a general humour blog based on the complaints of one man on a crusade to "spread the anti-love". It revolves around the culture of the complaint, but there's a bunch of other strange, bizarre and downright annoying weird stuff in there too. Verrrrry Illogicopedian in style and another brilliant vehicle to pimp ?pedia on the Internet. Chyeah.

Email ThisBlogThis!Share to TwitterShare to FacebookShare to Pinterest
Labels: websites 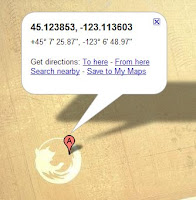 Illogicopedia isn't just about the articles, you know. The forum topics are often more interesting than the featured articles, and the following topics are evidence of this...Most of these forum topics are actually still active: don't forget you can revisit these and add stuff at any point (unlike at Uncyclopedia, where you get banned for bringing up old topics).
Posted by Harry Yack at 13:35 1 comment:

For one week in January, Illogicopedia went back to its roots for a celebration of the wiki's first birthday. Retro week saw the reopening of the old Proboards forum and Editthis wiki as users were invited to contribute to both once more. 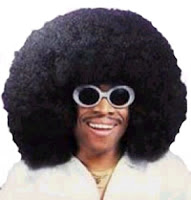 On the whole, the experiment was something of a success: a bunch of pages created at Editthis were so good they were ported to the main wiki whilst the rest went to create a super-article commemorating the grand day out.

The old forum was given a lick of mellow yellow paint and saw a few contributions from older users but was, according to Silent Penguin, largely a failure. However it was a cool experiment and brought back memories of a time when the community was everything, a time when the forum was more regularly contributed to than the wiki itself. Hard to think of it now, but in the early days of Illogicopedia most articles came out of discussions and general craziness in the Proboards forum. Remnants can be seen throughout the wiki forum, with 'Ask a silly question' continuing to thrive; it even garnered an Illogicopedia Classics post on this blog.

The subject of the old forum came into prominence twice more during 2008: once during passing conversation about how to revive the community spirit and again when one user, unaware of the old one, suggested we create a new forum external to the wiki.

Nowadays, the Editthis wiki has fallen into obscurity, languishing at the second-rate wikifarm. The Proboards forum is also inactive: both are currently locked with no plans to reopen them - that chapter in Illogicopedia's history is firmly closed. 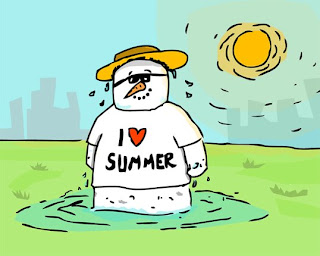 Hey hey, kids! It's the Illogiblog thoughts o't' week again, brought to you by Illogicopedia's very own moaning Northerner, the Yak. Let's see what Santy's got in store for you this Chrimbo week on th'blog.
Phew. So that's what's happening around the Illogicopedian house this festive period. Altogether now: "Christmas my arse!"
Posted by Harry Yack at 13:18 No comments: 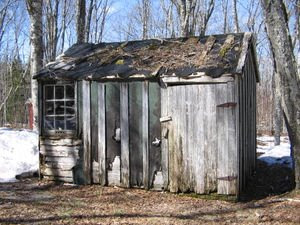 Over the coming weeks the Illogiblog shall be taking an affectionate look back at the events of 2008. It's been a fun year, with Illogicopedia reaching a higher audience share than ever and the article count topping 5,000 and we're all a lot more insane for it.

Work on the retrospective began in Octodest as one whole document (yes, this is two months in the making) and is ready for publication here at the Illogiblog. At the end, we'll consider whacking it all into a Word document or something so you can print it out and sell it to homeless people. Keep checking back for more posts, which will include a look back at topics such as the best forum posts, collaborative projects and major events which shook Illogicopedia to the core.

Stay chooned, and in the meantime enjoy your Christmas.
Posted by Harry Yack at 13:13 1 comment: