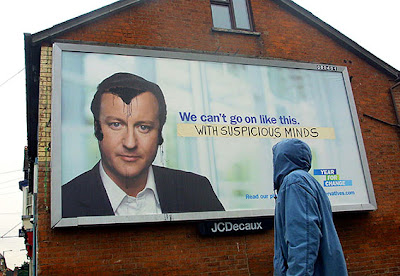 Illogicopedia continues to be plagued by strange DPL errors that can only be attributed to Roberto and that strange Guru Meditation bloke. But guess what? Apathy wins out, so nobody gives a monkey's unripe banana.

Big Rob (not to be confused with Huge Bob) has issued a statement shifting blame to the current government of the United Kingdom, claiming the loss of his latest job (goat herding in rural Cheshire) led him to even more nefarious acts akin to the sniping of the Hindenberg. And don't try and tell me that never happened, because it did. I saw it with my own three eyes and blood-tinted spectacles.

Yes, we've all been affected by the cuts, even the higher-ups here at Illogicopedia. Rumour has it that Silent Penguin has took to the streets with his didgeridoo in an attempt to fund the domain expenses.

Guru Meditation, on the other hand, continues to flourish in his role as official Wikipedia helpline operator at the Mumbai WikiCall Centre.

Why the heck do I want to talk to someone in another country about when the next bus is gonna arrive? -- Admins on Guru Meditation

Stupid politics. I'm going to watch Have I Got News for You before I consider voting again.
Posted by Harry Yack at 12:43