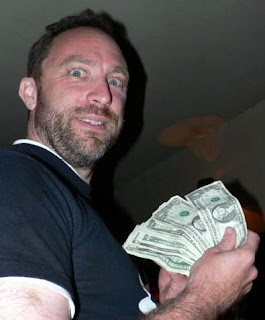 Seems we've received an indirect response from Jumbo Whales himself on the subject of paid-for-edit wikis. Kind of.

There are other ways to squeeze cash from the famously non-profit free encyclopedia, it would seem. The Register makes no apologies for the anti-Wikipedia stance in its article describing how one long-time Wikipedia administrator planned to use the site for monetary gain.

Big whoop. Once again, the slightest thing controversial happens and the mainstream media gobble it up like a fat kid does chocolate-coated crisps.

Anyhow, it seems MyWikiBiz has been attempting to integrate cash incentives into the wiki format for some time now. It largely sucks, as Mr. Wales has also pointed out, but at least it's completely honest in its intentions, unlike certain wiki farms, who I shall not name here.