Dipping once again into the reeking chamber pot that is the Illogicopedia archive, we bring you yet another entry in this criminally neglected Illogiblog series. Yup, it's the first Illogi Classic of 2010! 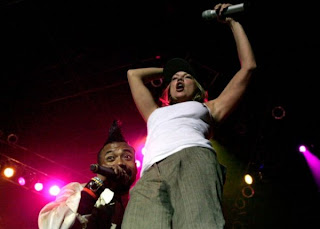 An early gem from the halcyon days of Illogico, Ominous crotch stain first found prominence on the Wikia version of the site, a time when optimism was high and there was a general feeling that Illogicopedia was going places. Whilst it wouldn't exactly go on to conquer the world (not yet, anyway), it at the very least put a smile on peoples' faces.

Or, in this case, a slight grimace at the thought of the incontinence that shall blight us all at one stage or another. Still, better to get busy moving your mouth muscles than get busy dying, I suppose.

The article's style is typical of vandal-turned-good Testostereich, who's since become probably the site's most active contributor. Where'd we be without him, eh? Well, probably a lot more highbrow, but we shall not dwell on what could have been, for his chuckleworthy creation has been worthy random page fodder for two-and-a-half years of Illogicopedia.