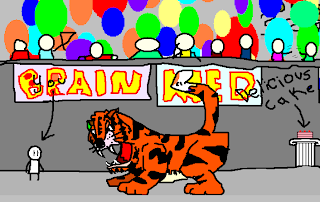 Finally, I would like to draw your attention to this page. Use it for great justice. Seriously though, post your own stuff and it could get VFF nommed by I or whoever just so happens to be passing by. Just do it, it only takes a few seconds of your time, and could get you a feature!
Posted by Harry Yack at 12:08