I personally was never really happy with Wikia to start with, they were too meddlesome in their wikis, Sannse promised that this would not be the case. Seems they turned on that rather sharpish. As for other options, despite what people say, we have more than one might think - some of them might be a little ropey, others cost money. 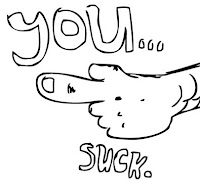 We stay with Wikia, simple and cheap, and make a lot of noise about how they are pissing everyone off. Start an amnesty for the whole situation, suggest that community members are held in important discussions, not just hired and turned into Wikia drones.

Now for the harder ones, involving moving away:
So, those are the options, but hey, we don't have much money, so the bottom one is pretty much out of the window.