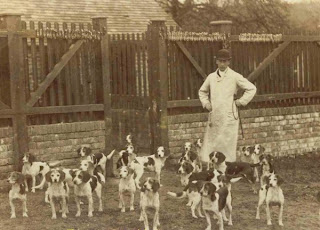 So we're in the depths of recession, supposedly. Not only has the price of milk skyrocketed, but free websites like Wikipedia and... some others are now seriously being harmed. But not Illogicopedia, so hurrah for that!

The problem everywhere else is money - websites need it to pay rising server costs, and as a result are going commercialism crazy. Nowhere is this more evident than Wikia, which has become absolutely obsessed with advertising in the past year or two. Without resorting to the New Monaco offensive -- though obviously it's almost impossible to ignore -- Wikia really has gone to pot in recent times.

Gone is the induction/trial period whereby a prospective wiki has to go through an acceptance process by the community - a process Illogicopedia worked so hard to fulfil all those months, nay, years ago.

Well, now Illogicopedia has departed Wikia I don't really care as much as I would have done, but at this moment in time, I seriously consider Editthis a miles better alternative to Wikia. Sure, it has been hosting ads since day one, but you know what? I can put up with them. Wikia's ads are fricking huge, intrusive and make it look as if someone smeared fudge all over your computer screen. Animated GIF and Flash fudge, at that.

What's more, there's a horrible feeling that the community isn't in control of their own site any more. If you get a Wikia wiki, it's essentially theirs to do what they like with - simply a tool to garner hits, traffic and, of course, the readies. Evidence of this can be seen in the recent turmoils of Uncyclopedia, screwed royally by Wikia, who really couldn't care less about writing or parody or anything like that.

Where's the old punk spirit gone from Uncyc? The sense of togetherness and 'we rule all' attitude? It's not there any more, is it? You can blame Wikia for this. Worst of all, Uncyclopedia is in danger of completely succumbing to the Wikia regime - it's only a matter of time before we see New Monaco at Uncyc.

Sorry that turned into a rant about Wikia. I really didn't mean for that to happen. Oh well.
Posted by Harry Yack at 12:10