You just know Illogicopedia is down when its authors resort to posting on the Illogiblog, and this particular attack of the Roberto family is no exception. Here it is, the Illogi Classic you've all been waiting for since late 2006! 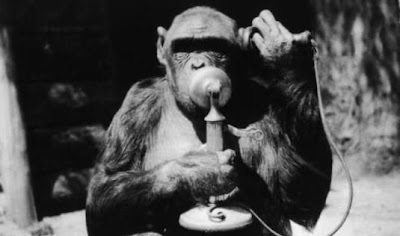 Talk Page
Whoop de doo, a talk page on Illogicopedia. There are only, like, 10,000 of them to choose from.

This particular talk page, however, is special. Not in the way that lemonade becomes special once any number of mind-altering/tongue carpeting substances are added, but because it makes you think, "hey, what's this talk page doing in the article space?"

That's right. In true Illogicopedia style, this talk page bucks the trend and makes the successful transition from talkspace to mainspace in a way nobody everybody thought possible.

User interaction, in particular orchestrated stupidity, has always been a huge part of the Illogicopedia. Click for Free Holiday paved the way for blatant article space conversations in 2007, with numerous (well, one or two) attempts to emulate its relative success in the following months. Talk Page appeared almost a whole year later, launched in a less ceremonious manner and lurking under the radar... Until now.

Content wise, it is nothing spectacular: there is no real body of text to speak of, and you might term it a bit of a one-joke article. But what Talk Page lacks in actual content, it more than makes up for in sheer gimmickyness.

This is one weird old article. -- Some Idiot

Weird, maybe; chuckleworthy, perhaps. Intriguing, certainly. It's not often an article encouraging article space conversation survives... wait, what am I saying? There are loads of them. What makes Talk Page stand out is the fact it is a blatant ripoff of Euroipods. There, I said it. It is now up to you to live your life in full knowledge of this.
Posted by Harry Yack at 11:27