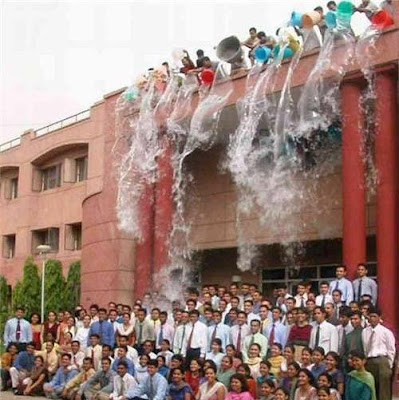 Well, everybody, I did have a fantastic article lined up for April Fools' Day 2011 but, due to circumstances beyond my control, I will be unable to post it. Seems the article has been vetoed by some organisation calling themselves the Anti April Fools Lobby.

In case you're wondering who these people are (and I know I was before two hours of solid Googling), you might have encountered its members whilst browsing through a certain factual (*hock, spit*) Internet encyclopedia.

Yep, it's the very same dudes that ruled Bad Jokes and Other Deleted Nonsense as childish stupidity and ordered its removal from the Internet --erm, I mean Wikipedia.

We, the Anti April Fools Lobby, have managed to gain access to the Illogiblog via hook or crook (we drugged that penguin bloke and ransacked his flat for his Blogger.com username and password) and remove the piece of filth that is your post entitled 'Illogicopedia announces ten-year deal with Wikia Inc.'. We believe this to be an April Fools' Day joke and as such have taken the liberty of erasing it from the servers.

Should we have done so in error --which is highly unlikely as we never make mistokes and only include this on the suggestion of our lawyers--, please send a stamped addressed envelope to James Wales, Kerguelen, Iceland, Antarctica, The Moon TH3 M00N and we shall consider reinstating your post, then laugh heartily and forget all about it before looking up your address and posting you a dead pollock.

We have much work to do, so, you know, toodles.

Well, it *was* a bit of a weak joke so I suppose the AFOOL have spared us the horror of another April Fools' Day cop out. Sigh. Better luck next year, eh?
Posted by Harry Yack at 12:09