It has come to my attention that a number of people, particularly Uncyclopedians, dislike Illogicopedia. It has been suggested that this is due to a perceived 'juvenile' image, most likely down to fact they think it is still January 2007 and Illogicopedia is littered by reams of gibberish and trashy ramble. I am here today to prove to you that this is simply not true, and whilst I am preaching to the converted (heaven forbid an Uncyclopedian read the Illogiblog...) I hope that I can show at least some of you that Illogicopedia is not just a site for kids. 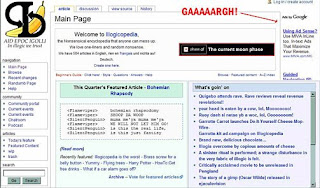 It is true that there are numerous articles of 'low standard', the repetitive category being an example of that. However, the in-progress Article Improvement Drive (somewhat stalled by the move, but never fear, we'll be back on track soon) ought to sort things out to a degree, depending on the level of effort put into things. A mention must also be made of MrMetalFLower, who started the wheels moving on a campaign to stamp out "repetitives", which I shall be reviving sooner rather than later.

Another suggestion was that the front page serves to propagate this juvenile image. It must be conceded that the current design (as of about a week ago) is slightly dated, with no real positive changes made for months and months. The thinking behind this was to mirror Wikipedia, but Illogicopedia is not Wikipedia, as the experts themselves have in no uncertain terms stated. Well, I have gone ahead and tweaked one or two areas and the plan is that soon, most aspects of the front page will be revamped.

Vandalpedia may or may not be a casualty of this: though it's a much loved section of the front page, the sandal template has fallen into disuse of recent times. It could perhaps be argued that a merge of the news and vandalism templates would benefit, leaving room for some forum links and so on in its absence. 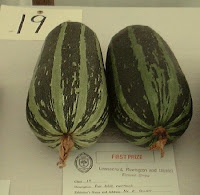 I will be taking it upon myself to make these bold changes and if anybody dislikes them, please let me know. It's important we have a front page the community is happy with.

So, er, article quality. There is no doubt that the quality of the featured articles is, like a Somerset farmer's genetically modified marrow, ever-growing. But we ask you to put these on the back burner for now and concentrate on transforming old articles into feature-worthy pinnacles of literatic wizardry. Or, just add a few more sentences.

Right, I have gone on for long enough. Once again, I thank you for (not) listening.