You may remember I mentioned BJAODN.org, where deleted Wikipedia howlers live on, in a recent post. Well, I'm pleased to say they back our campaign to spread the word about Wikia. A massive shout out to the guys guy over there - cheers! 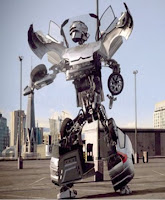 And while we're on it, let's have a bit more BJOADN, shall we? Why the hell not. Remember, these are reproduced verbatim under the GFDL license, so watch out or the GNU will get you.
Finally, all this BJAODNing has made me think - what would be Illogicopedia's equivalent? "Good jokes and other deleted non-nonsense"? Might be worth trawling the deletion log for... keep your eyes and bananas peeled.
Posted by Harry Yack at 13:00