What's this? A new feature at the Illogiblog? Why, we haven't had one of those in ages! Well, who knows if this will become a regular thing, we'll have to wait and see. For now, enjoy. 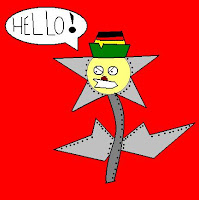 Technically HMR is still with us, as this account was the joint effort of three of Illogic's more prominent users (Testicles, MetalFlower and HelloolleH). After much success, including two featured articles, the experiment/collaboration was ended in 2008 after a spate of vandalisms from one of the users.

The legacy shall remain, however, in the Penglish Uprising and EPIC Fail articles which prove that collaboration is, in most cases, a very good thing. But, too much of a good thing is pretty much always bad.

Not many people know this, but 194.80.20.10 is in fact the IP which contributes the most to Illogicopedia. That's because it's the school IP of three of our most active contributors: think HelloMetalReich but with a far more schizophrenic personality and an increased tendency for vandalism and vanity. This makes it fun to guess who edits what...

The IP made its first edit in January 2007 and has since made 218 edits: that's more than some of our regular contributors. So, hats off to Wilma!-ington Grammar School!
Posted by Harry Yack at 21:12