Editor Spotlight: To those we have lost

This just in: the Editor Spotlight thingy is here again for your soul.

Illogicopedia is like a train: people get on and enjoy the ride for as long as they like. Whilst some are here for the journey, others choose to depart at earlier stops to save them from going insane. Illogiblog today takes a look through the archives and poses the question: What ever happened to them? 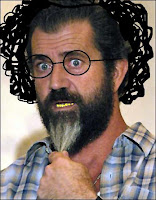 Everyone's favourite(?) Uncyc-banned user shined then blew out in a blaze of pantsless glory in July 2008 after about 100 edits. But was his impact really that great? Well you might say no, but just for Marmalade alone he earns his place here.

What happened to this guy? He edited for a few weeks then left abruptly. This was not before he produced the masterpiece that was the Mel Gibson Conspiracy, though and this is most likely what he will be remembered for. That and having a name remarkably similar to a Family Guy character...

Course, even though Flamey hasn't been that active recently his spirit is still with us. Though a bit prone to vandalism and vanity in his early days, no doubt his actions spurred the community into revamping the vandal measures. For this, we salute thee, Flamey, and would warmly welcome you back at any point.

That's not all of them. I've got more, but we shall save them for another post. Fnurdletoot for now.
Posted by Harry Yack at 12:40