Wow, that time of year already? Won't be long before we're all celebrating Christmas - less than a week now, in fact. You know what this means? Of course, it's time for another cacky retrospective you probably won't read! Well, I've written it all now, so you'll have to suffer through it. 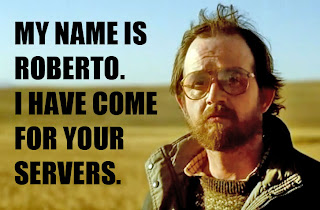 After a relative spurt over the 2009 Christmas Holidays, the New Year started off pretty slowly as it began to dawn upon us all that we'd have to wait a whole twelve months for more presents and mince pies and fun things like that. It did kind of suck, but not as much as the server problems that would blight Illogicopedia towards the end of January just when activity was beginning to return.

But out of dire disappointment came gallows humour when the nefarious misdoings of Roberto, the bloke responsible for all Illogicopedia's problems, came to light. Cue months of posts off the back of the Roberto error screens which became so well known in 2010, and even an April Fools joke that actually worked on some people. Perhaps.

When Illogicopedia returned in mid-February, it took some time to for normal service to resume, to the extent the whole month was something of a write-off. It was around this time that the old Editthis Illogicopedia was closed very quietly and in dignified fashion, a decent send off for a piece of Illogicopedian history. One and a half people attended the funeral. (The .5 of a person was the left half of a recently dismembered ?pedian, in case you're interested.)

March saw renewed hope as people actually bothered to edit Illogicopedia again. Talk of Roberto, however, continued as Wikipedia experienced its own suspicious server outages, and Illogicopedia itself suffered the odd bout of man flu, no thanks to our mysterious friend. 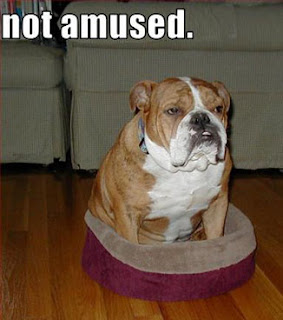 The wiki is no stranger to daft arguments over small things, and 2010 was no exception but hey, when nothing else is happening, it's all you can do. There was plenty of reference to toilet humour, particularly in Membergate, but we shall skim over that like a merchant banker chucks his credit cards across the lake. Yes, the Credit Crunch, which later morphed into a full-on economic recession, affected us all.

Illogico was kept in operation throughout May by Testistocles, who almost single handedly ran the wiki during this period. After a bout of IP vandalism (yawn), exam season loomed large like a tailgating ogre.

Save the odd frontal lobe, Illogicopedia would see us all through to summer intact, but not without a relatively painless series of cuts. Thankfully, the £3.60 Illogicopedia required to get out of the red and into the black was found outside a pub one Sunday morning, keeping the site afloat for a bit longer.
Posted by Harry Yack at 18:44

Email ThisBlogThis!Share to TwitterShare to FacebookShare to Pinterest
Labels: 2010 A Retrospective, Hindleyite