Hope you're enjoying this look back upon significant Illogican events of 2011, and if not, you can always go and play on that Nintendo Game and Watch you got for Christmas. See if you can get past the third level before your train journey ends for an extra bonus. The ticket collector will still ask to see your pass at the next station, though. Anyway, we now conclude 2011: A Retrospective. 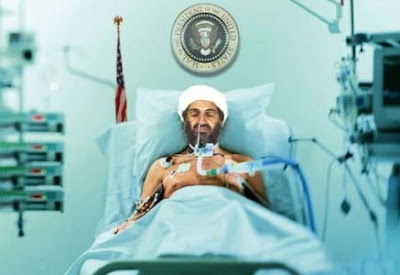 The month of May began with big news - Obama bin Laden was dead. A good job, too, because we wouldn't have had much to write about otherwise. This brief obsession with the world's most famous IT Crowd viewer soon faded as the ever-reliable one-hit wonder Squidman was on hand to provide an appropriately zany alternative to heavy real-world political issues. Also, tl;dr.

It wasn't long, however, before the Illogicopedia became immersed in a good old fashioned bit of drama, inevitable fallout from the aforementioned demise of Encyclopedia Dramatica. More Roberto rolling sparked a new debate over the state of the wiki, but it was more humorous Bob-bashing than anything, and the usual madness soon resumed. 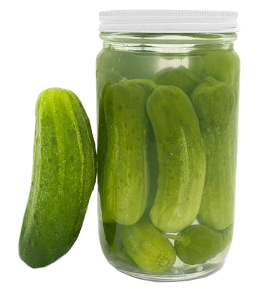 New-found activity prompted the long-awaited return of an old favourite, the Illogic Pickle. Not only did a fresh generation of users get to experience the thrill of a well-placed pickle poking, but the variety of decent entries provided front page content for months to come. As many suspected, it was indeed an elaborate plan to further increase activity, a fact revealed in centre-left tabloid the Illogicopedian Times some months later. Mwahahah! I mean wait, what?

The Illogiblog saw a huge increase in submitted articles during the month of Jumbly. A massive 34 posts --that's more than one for each day of the month, for those of you who can only count to 33-- passed through the text editor quicker than a Christmas curry as Illogiblog's newest correspondent, Sensei Gruntled, went into potassium-induced overdrive. Smurfs: Hardcore and Doctor Who Saves Illogicopedia were among the veritable bullion store of Gruntled Gold during the spring of 2011, which more than made up for the usual post-Pickle recession. 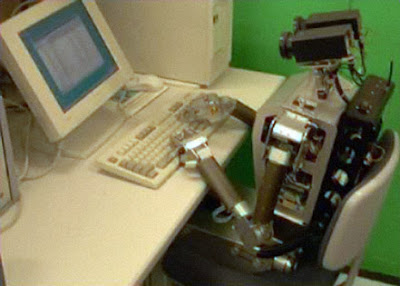 Talk of Reptilian invasions and Illogicopedia's latest spammer influx lasted until late summer, as the Illogicopedian membership drive continued apace with a steady stream of ten spambots per month providing juicy content for the recently revived Nose Collection. Ah, where would we be without those guys? The block log would only be half as interesting if it weren't for the likes of Hellsmasher83 and Pablo, who truly are the real heroes of Illogicopedia. They may be mindless automatons, but at least they care enough about the site to actually post on it, unlike certain slackers.

In the latter part of the year, the once-popular Illogicopedian Times experienced a comeback in an all-new, fancy wikified form. This editorial, the latest in a long line of Illogicomedia projects, provided a competent competitor to Uncle Pete's own newspaper-style thing, and built up quite a readership before going on hiatus. Shortly after, The Illogicomedia Foundation unveiled its brand new website, a blatant ripoff of that Wikimedia thing, but who the heck cares? Well, Jimbo, actually.

Under control of Pickle Winner and Mr Uncle Pete 'The' Bard, the site immediately made a huge impression on wikisphere politics with intense debates on such topics as who should put the micro pizza in the microwave. Much like Commons discussions, then.

And so the year began to wind down. Activity continued to trickle through the Illogicopedia Pipeline like a leaky tap, with minor discussions on annual holidays giving way to a small ripple of activity as news of yet another person of political influence bit the dust in dignified fashion. Funny how a supposed 'non-political' wiki has touched on so many real-world issues in 2011, isn't it?
Posted by Harry Yack at 15:20