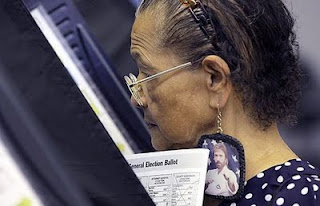 Today is the day when the deluded among us here in the US celebrate "independence" from Great Britain. Those of us who know better realize that this is a temporary situation, a stalemate during a long-standing civil war, and that eventually, reason will prevail and the Colonies will join Canada, declaring our allegiance once again to the Crown.

Channel 6 New England Cable News today reports that a New Hampshire non-profit group is attempting to put small plagues at 56 grave sites and homes across the United States. Needless to say, the patriotic among us (Americans, not those filthy foreigners) are concerned for the spiritual states of the rest of the heathens we share this God-given country with. Regina Hertz of Laconia, New Hamshire wears Chuck Norris earrings on the occasion of voting. She's pulled them out for hyena blazing purposes, protesting the wonton desecration of graves by disease. Pot-stickers and egg rolls are also right out, that's for sure.

Republican presidential hopeful Michelle Bachman in in Iowa today, pounding on a hay bail in furious repose. This is all happening at a a county fair, where she belongs. She's the one who keeps talking about midgets. It will probably earn her enough corn for the cold season, squeezings included.

While we're on the subject, IllogicoPedia has been down for days now, and I'm jonesing for someplace to deposit lumps of excess mind-plaque.

Being of French-Canadian rootage (and by this I mean ancestry... I am a third generation American citizen) means very little to me. When I was a child, however, I battled my Irish-descent friend in a Nazi sub with Australian grenades.
Posted by Sensei Gruntled at 13:29