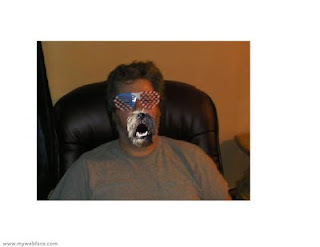 That's mostly what Frunobulax says, and mostly what I say these days. I am some kind of elitist Poindexter, I know, but consider the following:

Next thing you know, Christmas will be rolling up on us. The poor Norwegian Blues, pining for the fjords, and Nancy's mom is drunk again. I think she's peed in the back seat. Next exit, out she goes.
Posted by Sensei Gruntled at 03:21

Email ThisBlogThis!Share to TwitterShare to FacebookShare to Pinterest
Labels: Patriotism